A residential care home in Birmingham. Part of a group of six homes, and catering for up to 30 residents, including people with dementia.

The home was inspected by the CQC in the spring of 2019. The report was published in summer and rated the home as ‘Inadequate’. The care home had been rated ‘Inadequate’ overall and in three of the five main areas.

Amongst the criticisms cited in the report, the CQC noted: inadequate governance and monitoring systems; risks to residents’ health, wellbeing and safety; a lack of training; and poor infection control.

A few months later, and anticipating only a short time to turn things around before the CQC returned to reinspect the care home, the provider knew that he had to act. He engaged Fulcrum Care with a view to obtaining an improved rating at the next inspection.

Initiating an Intensive Programme of Reform

Fulcrum consultant Trisha Kelly’s plan was to undertake an audit, come up with an action plan and then prepare the home for the next CQC inspection.

She carefully checked the CQC report to identify the areas of most concern. This helped shape a programme of mini mock inspections, from which she created an action plan. Trisha then worked with the home’s manager to implement the plan and rectify the issues at the home.

Trisha held staff meetings with senior staff and discussed care planning and record keeping. She set up a best practice file, along with lessons learnt, and these too were discussed at the staff meetings.

Trisha spent time carrying out observations on staff practices, which were used alongside the competency assessments for staff. She started to implement regular sessions, where staff would be asked, “what five things do you know about MCA, DOLS, and the residents?” This helped staff to develop their knowledge of everything to do with the home and its procedures.

Trisha also shared information and tools to carry out choking assessments, pressure sore audits and air cell mattress checks. She also worked with the home management team to review the audits they had carried out at the home and helped update action plans where action had been taken to rectify areas of concern.

After only a handful of visits by Fulcrum Care, the CQC returned unannounced to reinspect the care home. It had been only eight days since Fulcrum Care had started at the home, but luckily Trisha was on hand to support the manager during the inspection, demonstrating to the inspectors the changes and improvements that had already been made.

A couple of weeks later, the CQC published its new report. The rating had improved to ‘Requires improvement’ overall, with the same rating in all areas, except for Caring, which had improved to ‘Good’.

It was a dramatic turnaround in just eight days. Thanks to the intensive work that Fulcrum had done, the support had helped the home to turn around the quality of care it delivered within a very short space of time.

The CQC report noted the knowledge and expertise that Trisha was bringing. They said that she had a good understanding of regulation and demonstrated a proven track record of driving forward improvement.

The provider appreciates that more still needs to be done. But in just eight days, Fulcrum had proved its value by achieving an improved rating and saving this home from enforcement action by the CQC.

The home now has respite of around a year to embed into its operations the new practices that have been shared by Fulcrum, and to hopefully improve even further. 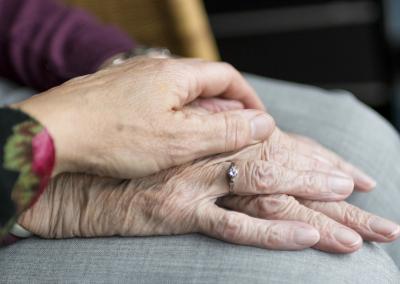 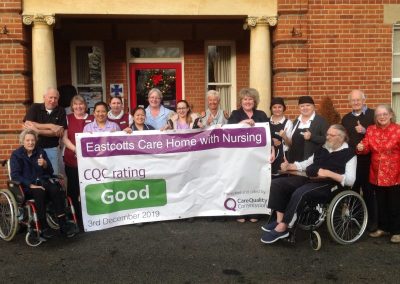