A 36-bed home in West Sussex for elderly people who require residential or nursing care, including those with dementia had been operated by its new owner since 2007.

The home had been inspected by the CQC in the summer of 2018 and rated ‘Inadequate’ overall, with ‘Inadequate’ in Safe and Well-led, and ‘Requires improvement’ in the other three main KLOE areas.

As a result, the CQC put the home into special measures.

The provider was keen to turn this around and to keep her home open. With another inspection due within six months, she needed to ensure at least a ‘Requires improvement’ next time around.

She needed someone to support her and the manager; someone to mentor them, to be a ‘critical friend’. She needed guidance on the care being given and help to ensure that the home was compliant with all care regulations.

The compliance regime in the care sector had changed over the ten years since the provider had started her business. In particular, the CQC inspection requirements had changed in 2017 and providers are now expected to maintain far more detailed evidence. The provider needed guidance on how the regulations had changed and what she and her management needed to do to meet them.

With this in mind, she appointed Fulcrum Care in August 2018.

Mentoring and process improvements to address the issues

From August 2018 – and for the next three months – Fulcrum consultant Patricia Gooden-Husbands supported the nursing home and its team. In mentoring and coaching the provider, the manager and the staff, the home underwent a full transformation programme.

Patricia began by undertaking a comprehensive two-day audit. This assessed the situation and identified the problem areas that were causing the ‘Inadequate’ rating. Consequently, Patricia was able to put into place an action plan to address all these issues.

With the aim of improving the CQC’s rating at the next inspection, systems, trackers and feedback mechanisms were put in place. Patricia recommended an electronic care planning system, which was implemented by the home, along with Wi-Fi throughout the home to enable it to function more effectively.

Patricia mentored the manager and helped her implement the remedial actions. It didn’t help that they had lost their deputy manager at this point. However, Patricia stepped in and provided management stability and support.

Crucially, the mentoring also included demonstrating how the staff should deal with CQC inspections. Patricia was able to coach the manager and staff and prepare them for inspection.

To increase buy-in for the action plan and to motivate staff to improve, Patricia joined staff meetings and ran training and coaching sessions. These included dementia awareness and accountability training for both nurses and care staff.

New systems were introduced, which brought in best practice at the home. For example, the dining experience was much improved. For example, prior to Fulcrum’s involvementcondiments were not placed on dining tables at meal times.

A daily walkaround regimen was introduced and Patricia put in place some good governance procedures.

It also improved in Safe, and Responsive. The Responsive rating increased to ‘Good’, which is the first time the home had ever received a green dot rating in any category.

The upgraded rating avoided the home being closed by the CQC.

The home remained ‘Inadequate’ in Well-led, but it was such a short time to be able to embed all the culture changes required. Still, within three months, Fulcrum had been able to improve the ratings overall and in two specific areas, successfully averting a disastrous ending for the business.

Not content with the results achieved, the home continued to engage Patricia and another Fulcrum consultant, Registered General Nurse, Rechell Hernandez. The pair worked with and supported the manager to continue the journey that had been started and to fully equip her to successfully lead the home.

In the subsequent inspection the CQC inspectors noted the significant transformation of the quality of care from a year earlier. The home’s rating was upgraded to ‘Good’ overall, and ‘Good’ in four of the five specific areas.

Now the home manager buddies up with other homes in similar situations. The staff team is motivated and focused on doing what they love to do – delivering truly person-centred care – and the provider is set to improve the home now that it is in a stable position.

The provider appointed Fulcrum to support her manager and the staff team during tough times and has been able to reap the benefits of that decision within a period of twelve months. 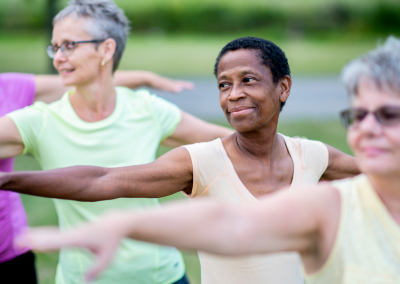 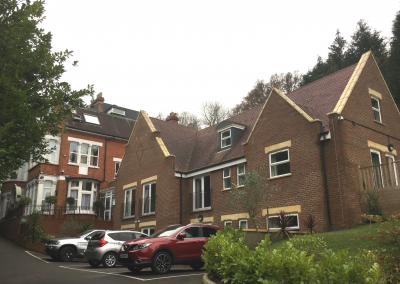 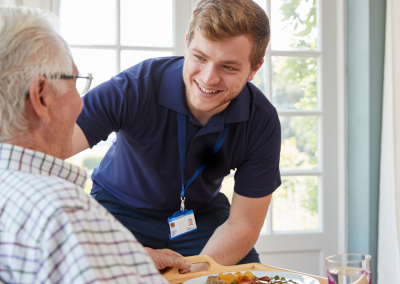 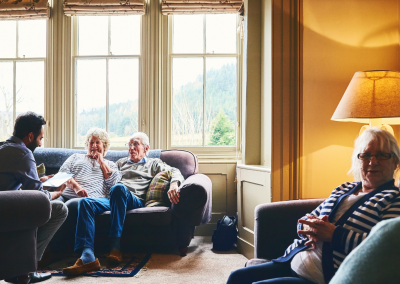